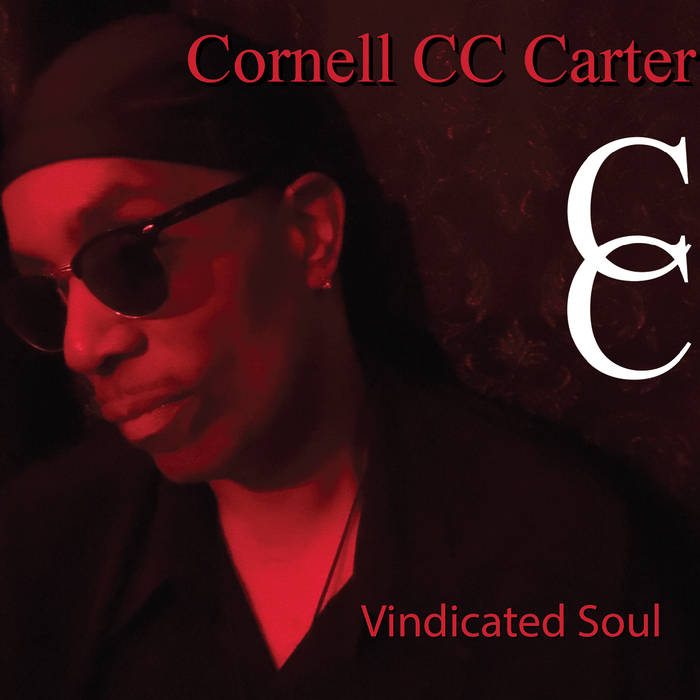 For Immediate Release – San Francisco, CA – CORNELL “CC” CARTER will release his new album VINDICATED SOUL in stores and online worldwide on May 19, 2017. CC has been gracing stages and entertaining thousands of fans with his signature sound around the world for many years, and this new seven-song album is a tribute to the classic Soul and R&B music he grew up with. CC is known for his phenomenal stage presence, his high-powered audience engagement, and his extraordinary and dynamic vocal skills. His strong love for music developed when he was a young man growing up in a San Francisco home chock full of Jazz, Blues, Funk, Soul, and Gospel, which drove CC to create a musical gumbo made from ingredients from each of these strong influences.

CC says, “VINDICATED SOUL is the soundtrack of my life, which is why these songs were chosen.” The Intro track that kicks things off is a dedication to the genius of Curtis Mayfield’s “Super Fly” soundtrack, followed by the Marvin Gaye classic “All the Way Around,” written by the legendary Leon Ware. “Brothers Gonna Work It Out” and “I Choose You,” by Willie Hutch from the soundtrack of the 1973 film The Mack, are two songs that had an impact on CC at an early age. “Next to You” is a song by the group Chapter 8, which many do not realize was the backup band for the renowned Anita Baker, and CC picked Al Green’s “Look What You Done for Me” because “it is a history lesson of what Soul really is.” This remarkable collection of covers includes a classic remix of the CC original track, “Where Do We Go” (https://www.youtube.com/watch?v=4NNT7rrkE-k). Digital copies of the album will also feature the bonus track “Zoom (Fly Away Mix).”

VINDICATED SOUL was recorded at various studios in San Francisco and mastered at Trakworx. World-class players featured on the album include Melecio Magdaluyo (Pete Escovedo Orchestra – Saxophone), Niecey Robinson (Legends of Soul – Background Vocals), Ernest McKone (UK – Bass and Keys), and Kirk “KC” Crumpler (Drums, Bass, Keys). All songs were recorded with live instruments, not an easy task, but essential for the authentic sound they were able to produce.

CC was most inspired to do this album by his family, which he has always regarded his most important asset. “My Mom was the key,” says CC. “She used music to bond us, and I’m making sure I carry the torch that was handed to me.” CC received big advice from his musical brother Narada Michael Walden, who shared with him that the key to covering a great song is to “Stay true to it because of its greatness!”

CC has had many once in a lifetime musical experiences to draw from, but two of the highest points of his career so far has been sharing the stage as an opening act for the late great Godfather of Soul, James Brown, and the legendary Ray Charles. In addition to his various headline performances, CC has also opened for other household name brand artists such as The Whispers, The Temptations, Natalie Cole, and Kool and The Gang. As part of Narada Michael Walden’s all-star band, which performs at various NMW Foundation events, CC has shared the stage with other renowned world-class artists such as Neil Schon (Journey) and Dionne Warwick.

Throughout the years, CC has appeared on many albums, and he continues to be one of the most in-demand session vocalists in the San Francisco Bay Area. CC was honored to perform with world-renowned, multi-Platinum Guitarist Carlos Santana, providing background vocals on two tracks that appear on Santana IV, a reunion album released in 2016. His experience and professionalism have made him an A-list background vocalist for Tarpan Studios, appearing on tracks from Grammy and Emmy Award Winning Producer Narada Michael Walden’s new album EVOLUTION, Jennifer Saran’s new albums Merry Christmas, You Are Loved and Walk With Me, and the Jordan Hurwitz album LOVESICK., all released in 2016.