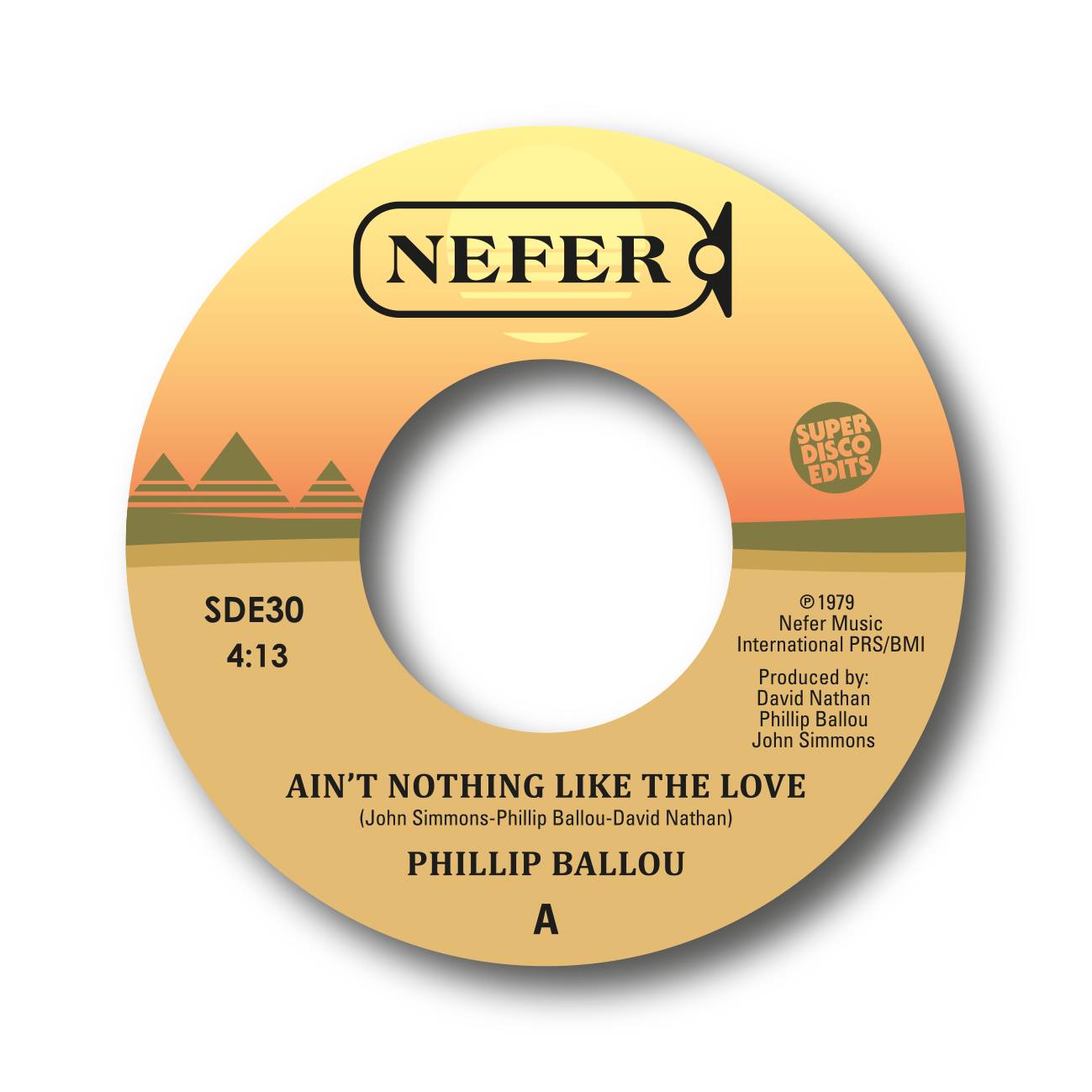 Pittsburgh-born Phillip Ballou’s earliest years were spent in the gospel field; after he moved to New York City in the ‘70s, he teamed up with Bennie Diggs and Arthur Freeman, founding members of The New York Community Choir and singer Arnold McCuller to form the group Revelation. The quartet recorded for RSO Records, scoring some R&B success in the US with tracks like “Get Ready For This” and “You To Me Are Everything,” touring the Bee Gees among others. Phillip also sang on albums by NYCC recorded for RCA Records and continued with Revelation until 1982.

Frequently hired for sessions in and around New York, Phillip teamed up with UK soul music journalist David Nathan (who he’d met in 1974 during Nathan’s first US visit) and John Simmons, formerly a member of The Reflections, another New York vocal group to write a series of songs for his own proposed solo record deal. Although a contract did not materialize, one of the songs – “Ain’t Nothing Like The Love” – got some interest from famed Philadelphia producer Thom Bell who presented it to The O’Jays. Ultimately, the tune was turned down by Kenny Gamble and John Simmons, by then musical director for Stephanie Mills, recorded his own version for a small independent label in 1981.
Phillip continued his own musical journey, touring and recording with James Taylor and Todd Rundgren. In addition, Phillip’s name graced recordings by George Benson, Billy Ocean, Kashif, Nona Hendryx, Jonathan Butler, Teddy Pendergrass and Melba Moore; in 1981, he began recording with Luther Vandross and became a part of Luther’s touring band for many years, as well as singing on productions by Luther on Aretha Franklin, Dionne Warwick and others, continuing his association with him until Luther’s 2003 stroke. Phillip returned to his gospel roots in 2004 as Minister of Music at a Brooklyn church and passed away in March 2005, aged 55.
Thanks to renewed interest in the John Simmons’ 1981 recording on YouTube, David Nathan has uncovered several tracks from the 1978 and 1979 he did with Phillip and John including Phillip Ballou’s original version of “Ain’t Nothing Like The Love,” gaining its first ever worldwide release as a 7” single on Nefer Records in association with Super Disco Edits.