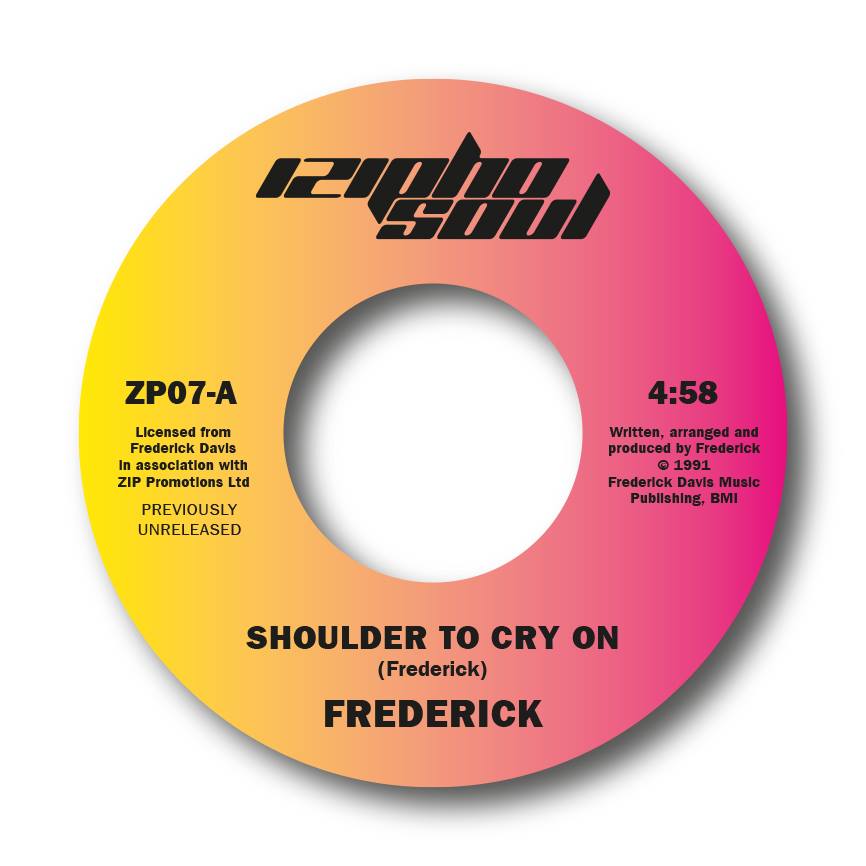 We are thrilled to collaborate with one of Cleveland’s hidden gems; Frederick.
Recorded after the highly acclaimed hit single ‘Gentle (Calling Your Name)’ and self titled LP from 1985, we proudly present two slices of sublime soul music!

Over 25 years ago ‘Shoulder To Cry On’ and ‘Let Go’ were recorded, but remained unreleased. They have been mastered and restored, their journey and rightful place on vinyl, is now complete!’Shoulder To Cry On’ & ‘Let Go’ are two songs that I wrote and produced on my own as an independent artist back in 1991 and 1992. I call these songs “Songs” from the vault. These songs along with other recordings I did, they sat in boxes since 1988.
Every now and then I would pull out the old cassette tapes and listen to the songs and think back on how it was done and how things have changed relative to the recording process.
These songs are near and dear to my heart, because I played most of the instruments as well as the song arrangements.