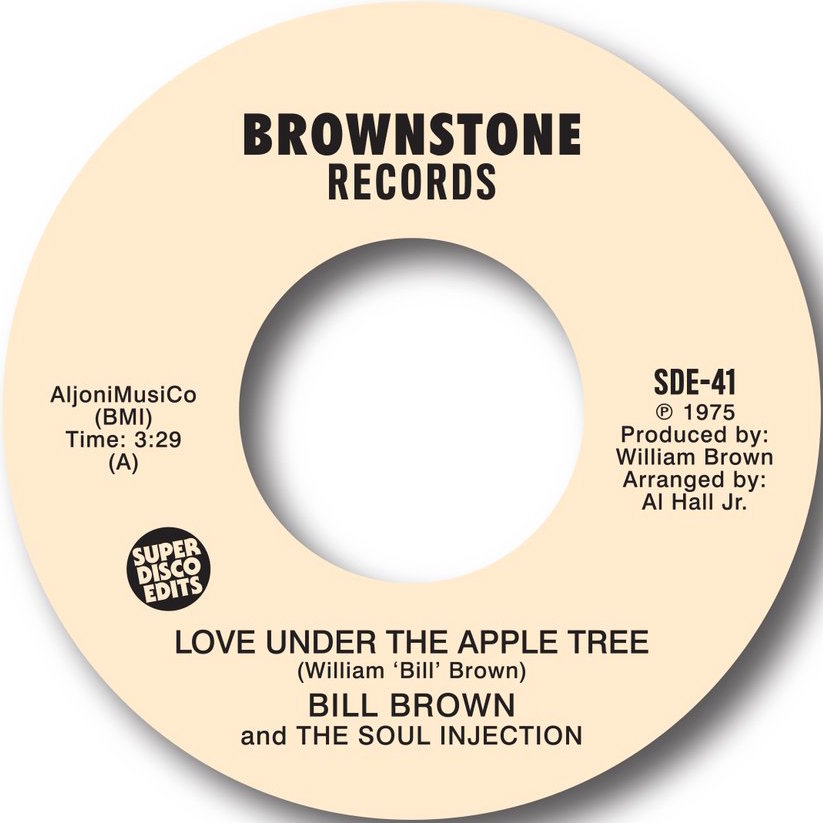 Bill Brown and Al Hall jr met around 1971, they were both in south central L.A and shared the same apartment building, also in the same building was Doug Carn and brownstone singer billy Wilson. These studio sessions were don’t at Paramount studios Hollywood where Al Hall jr was working for producer Art Smith a&c music.

The main distributor for A&C was Accent records. So the Soul Injections very first single “Stay off the moon” was released via Accent, as was Bill Browns “Bip Bam” The group wasn’t that pleased with how Accent handle the releases so Bill took it upon himself to set up his own label called Brownstone records. Many musicians were called in for studio sessions these included Doug Carn, organ; Kirk Lightsey, keyboards; Mel Bolton, guitars; Mel Lee, drums; Al Hall jr (trombones), Willaim ‘Bill’Henderson strings. The label was met with some confrontation from other Hollywood labels and many of the Brownstone releases were told not to hit the shops by Mafia run labels. Later around 1975 Brownstone released a track by Everyday people feat Alexis “world full of people”….A now cult soul 45 ….But wait, we at Super disco edits have unearthed the original tapes and welcome to our second release from the tapes. This ones so good, a monster crossover track thats sure to get the dancefloor flowing with a happy
upbeat feeling.