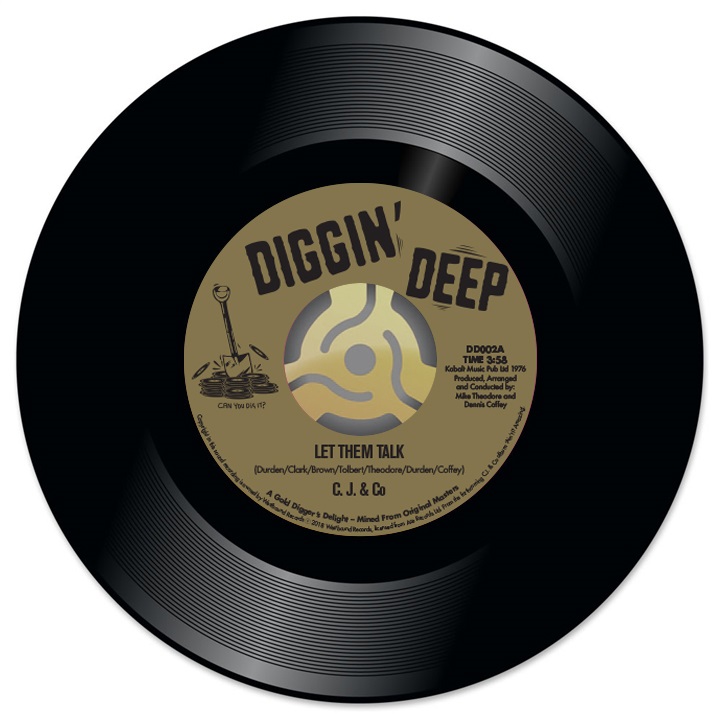 The ‘A’ side is a fabulous mid-tempo, 70’s soul stepper from C J & Co, produced by Mike Theodore and Dennis Coffey. A killer modern soul track which has received massive appreciation wherever it’s been played during the past 12 months. It’s a ‘slipping around’ love song with a fabulous hook that will grab everyone from the get go. And the vocals are absolutely superb! All who have heard it agree, it’s uncanny that something of this quality could have shown up some 40 years after it was recorded. We believe that “Let Them Talk” will become a massive dancefloor favourite on this, its very first issue in any format, anywhere in the world! Out now for a very limited time on vinyl 45.

The ‘B’ side is different gravy, but has the same quality Detroit pedigree. As a Westbound soul release it is such a rare record that its actual existence is open to debate. The release number for the single is documented as Westbound 146 but we’re pretty certain that it never came out. It actually had a ZTSC matrix number against it, which means that its manufacture was ordered and the pressing plant allocated the number, but until now, this mystery single has never appeared. It’s a fabulous ‘crossover soul’ track of the highest order and something that every Detroit Soul fan must have in the collection. Now that it’s finally obtainable on Diggin’ Deep Records!
Both sides are now available on a beautifully mastered 45 for the very first time.