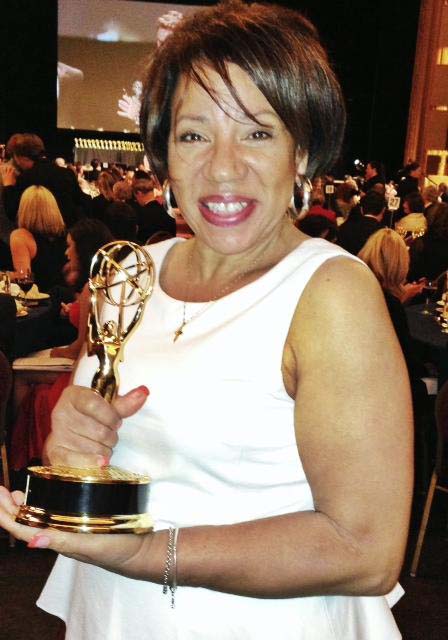 Bernadette Bascom! We will be releasing the sublime piece of music: ‘I Don’t Wanna Lose Your Love’, this literally melts the hearts of those who have been blessed with gifted ears. The B side, the powerful ‘Seattle Sunshine’ is still Bernadette’s trademark song.
Paying homage to the 1981 7’’ single (with the original sides reversed) as well as being packaged in a gloss laminated sleeve, this record also contains an inlay card entitled: ‘Just Who Is Bernadette Bascom?’ which documents the story of this inspirational lady.

A donation from sales of this record will be made to The Music Project www.musicprojectnorthshore.org This is a charitable organisation, founded and headed up by Bernadette, which helps underprovided and vulnerable youth find a voice literally and figuratively.

Though associated with her adopted hometown of Seattle, Bernadette Bascom was born and raised in Baltimore. Her father, the Rev. Marion Bascom, was a noted civil rights leader and Baptist minister with a Theology doctorate from Howard University; her mother, Lutherine, a music teacher. Her dad, by all accounts a serious man, so strongly emphasised education over musical
pursuits Lutherine had to sneak a teenaged Bernadette into local gigs and band rehearsals. Marion insisted Bernadette enrol at Florida Memorial University, but she endured college for just a month before returning home, where the result of those clandestine musical forays with her mother finally won out. Bascom’s burgeoning vocal talent was obvious and uncontainable and, remarkably, she
scored her big break almost immediately. Aged just 18, she was invited to join The People’s Choice on tour while their 1975 Philadelphia International single, Do It Any Way You Wanna, was number one in the charts. During a show layover in Seattle, Bascom fell hard for the city and decided immediately to stay. She quickly ensconcing herself in Seattle’s storied R&B scene, as a vocalist with Robbie Hill’s Family Affair, Acapulco Gold and, eventually, Epicentre. Throughout the late 70s word of her remarkable talent radiated beyond the Pacific Northwest
and she would go on to record and share stages with huge stars such as Frankie Valli, Ashford & Simpson, Al Green and Elton John (appearing on his 1977 Thom Bell Sessions).

In 1979, her childhood friend, Stevie Wonder, made a serendipitous trip from Los Angeles to Seattle. After surprising her onstage during an Epicentre show at the Aquarius Tavern, where the pair harmonised before an awestruck crowd of 700, Wonder signed her to his publishing company and label-to-be, Black Bull. Though disappointed that the songs she cut for him in L.A. never physically materialised, the sessions did introduce her to Motown staff writer, Bill Miller, who she married in 1980. With Miller as her writer, producer and manager,

Bascom’s solo career struck new ground. The pair put out five excellent single releases during the 80s, the first and now most sought-after of which has been faithfully reproduced here (though with the A and B-sides reversed).
After 15 years in Seattle, Bernadette relocated to Las Vegas with Bill, where they had a daughter, Chokise. Under Bill’s expert guidance, Bernadette soon enjoyed star status, notably in the hit show, Divine Divas. She would also tour globally with Sonny Turner of The Platters and perform as a member of The Supremes in the Motown Café revue at the New York, New York Hotel & Casino. Sadly, her show and marriage ultimately petered out. In the early 2000s, after 17 years in Vegas (an epic length of time to maintain in that city) she moved back to Seattle in search of much-needed spiritual rejuvenation.

Back in her favourite American city once more, she thrived, creating and headlining PRAISE! A Sunday Gospel Supper, a popular, long-running stage show at the Triple Door. But for all such personal accomplishments, Bascom’s lasting legacy has been her commitment to improving the lives of young people through music. For over a decade now, Bascom has been a pivotal figure in The Music Project, a charitable organisation that helps underprovided and at-risk youth find a voice; literally and figuratively. Having also taught previously as a vocal coach at Northwest University, the literal part has been her forté. The program was established by Jim Geiszler as part of the Secondary Academy for Success (SAS) at McMenamins Anderson, an alternative High School in Bothell, WA. Though launched initially for musicians, Geiszler recongnised
greater potential in expanding the life-skills program and saw in Bernadette the perfect talent to focus on singing. The project was a remarkable success from the get-go, and Bascom herself has become known to all as a beacon; a teacher who cares intensely and instils a sense of assurance in her students. “Confidence has been the bottom line,” she says. “It’s about music, but it’s not.
You know? Music is just the vehicle to drive to the destination, which is self-esteem, which is confidence.” They all moved on to life,” Bascom says, of the hundreds of Music Project
students she has aided, “and their lives. And they’re all thriving. They’re all thriving.” Bascom’s selfless dedication and resolve were officially recognised in 2013 when she won an Emmy Award for the Bernadette’s Touch documentary, which focused on her work with young people with speech impairments. As she teaches them to sing, they discover the joy and confidence that comes from
having their voices heard. It is that kind of giving for which Bascom will always be remembered and loved. Her light shines in Bothell, in Seattle, through the Pacific Northwest and beyond.