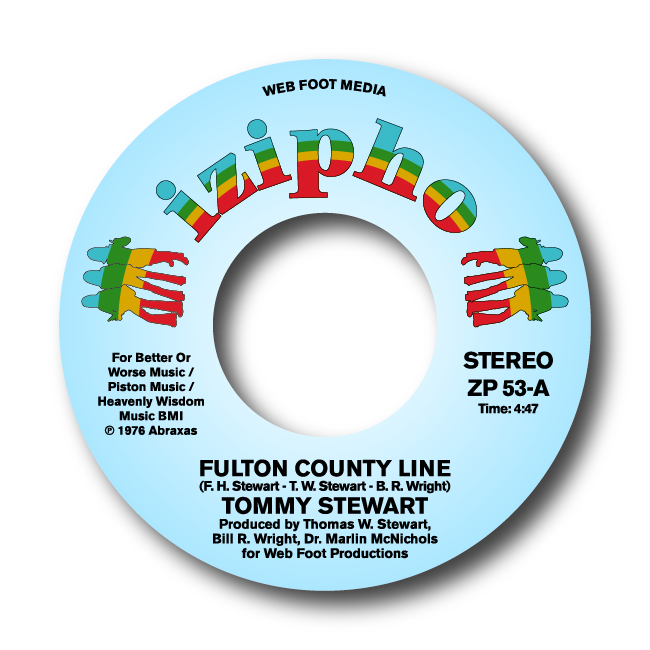 The 1976 self titled Tommy Stewart LP is one one of the most sought-after disco albums in the world. Recorded at Sound Pit Studios, Atlanta, Georgia.

We are thrilled to select for the first time ever on a 45 two of the album’s highlights: Fulton County Line and Riding High.

On a personal note, this is a dream come true. As a 17 year old ‘Fledgling Soul Boy’ this album and particularly Fulton County Line was a game changer for me. Knowing that Tommy Stewart has endorsed and is excited about this release; well it just doesn’t get any better!