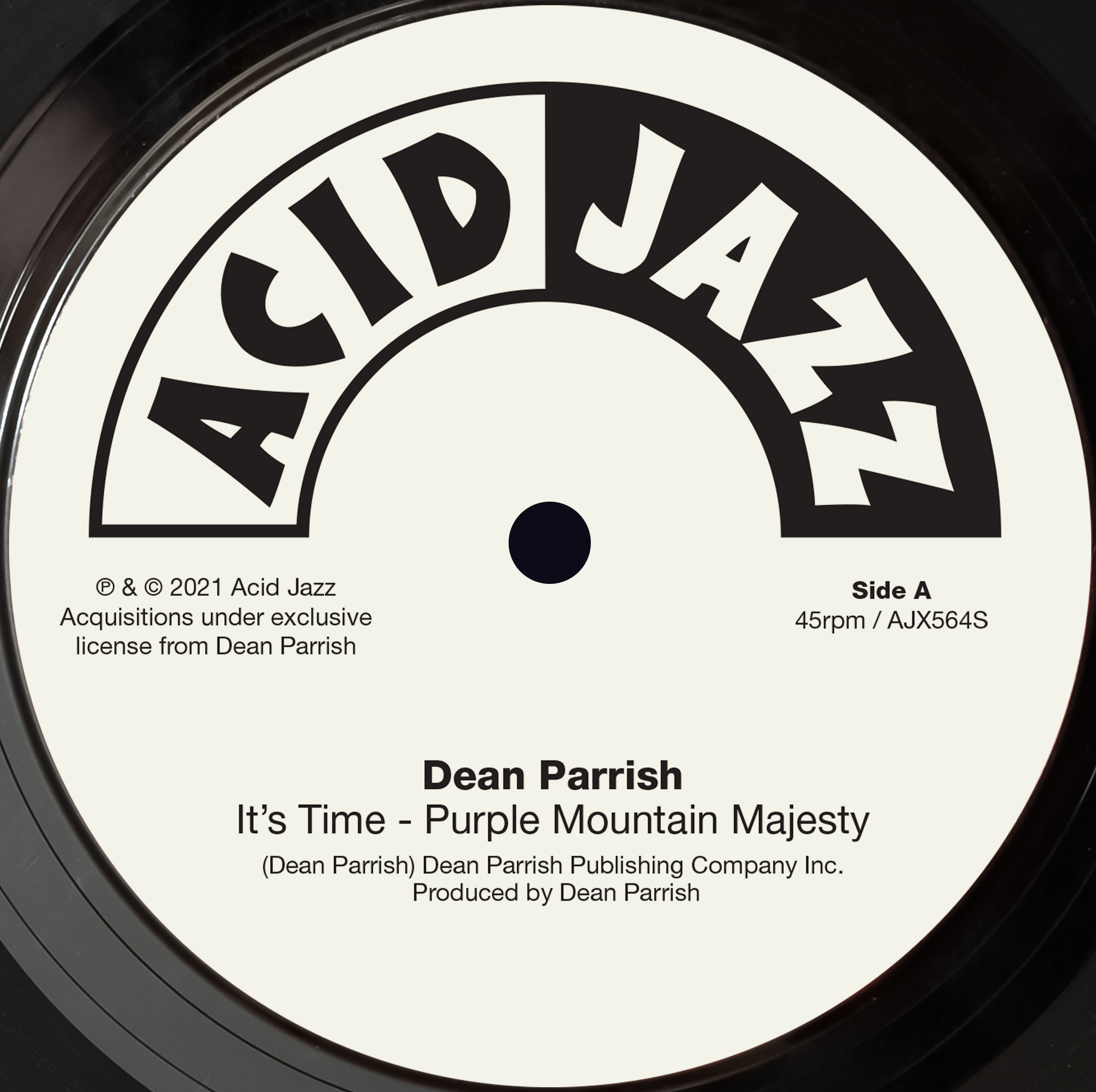 “10 years since we released his last magnificent northern soul classic the legend (and there’s not really many people who deserve that epithet) Dean Parrish is back with possible the best record of his career.
Controversial I admit, but listen to it first before you disagree with me!”
Eddie Piller

Dean Parrish’s astounding slice of psychedelic soul to be released on Acid Jazz.

After a decade gap, northern soul legend Dean Parrish has once more hooked up with Acid Jazz Records to release a new single. ‘It’s Time – Purple Mountain Majesty’ is a towering slice of psychedelic soul, that references the work of Norman Whitfield and like those records, comes with a powerful message.

Known predominately in the UK as ‘the Northern Soul star that sold over one million records’, Dean is an esoteric musician who has worked with the likes of Jimi Hendrix, Santana, Herbie Mann and Bob Marley. All whilst following a career as an actor too, appearing in hit US TV series The Sopranos.

Born next to the rhythmic beat of the train tracks in Brooklyn, New York. Dean, who’s birth name is Phil Anastasi, was raised in Little Italy by his Italian and Spanish parents during the 1940s. He began his recording career in 1964 by signing a recording contract with the Laurie record label. During this period of Parrish’s life, he would achieve some success with his soul singles ‘I’m On My Way’, ‘Tell Her’ and ‘Bricks, Broken Bottles and Sticks’. He toured extensively and even appeared on a Motown bill with The Supremes.

Parrish’s singing career began to fade and in 1967 he would revert back to his original name, slipping into the world of acting. However, on the other side of the Atlantic the Northern Soul scene was reaching its peak popularity. Soul clubs were popping up in virtually every major town in the North West of England & Midlands. Rare American soul music was all the rage and unbeknownst to Dean his track ‘I’m On My Way’ was one of the biggest tracks. Russ Winstanley, DJ at the Wigan Casino had begun playing the record elevating it to cult status as one of the “3 before 8” records – meaning it would be played before the closing of the club in the early hours.

The iconic status of these records means that Dean has always been welcome in the UK, and in the noughties, he released records with Acid Jazz and was the subject of a Radio 2 documentary by the late and much missed Pete Mitchell.

Now 79, Dean has not stopped writing & recording. This latest single presents us with a stunning return to form.