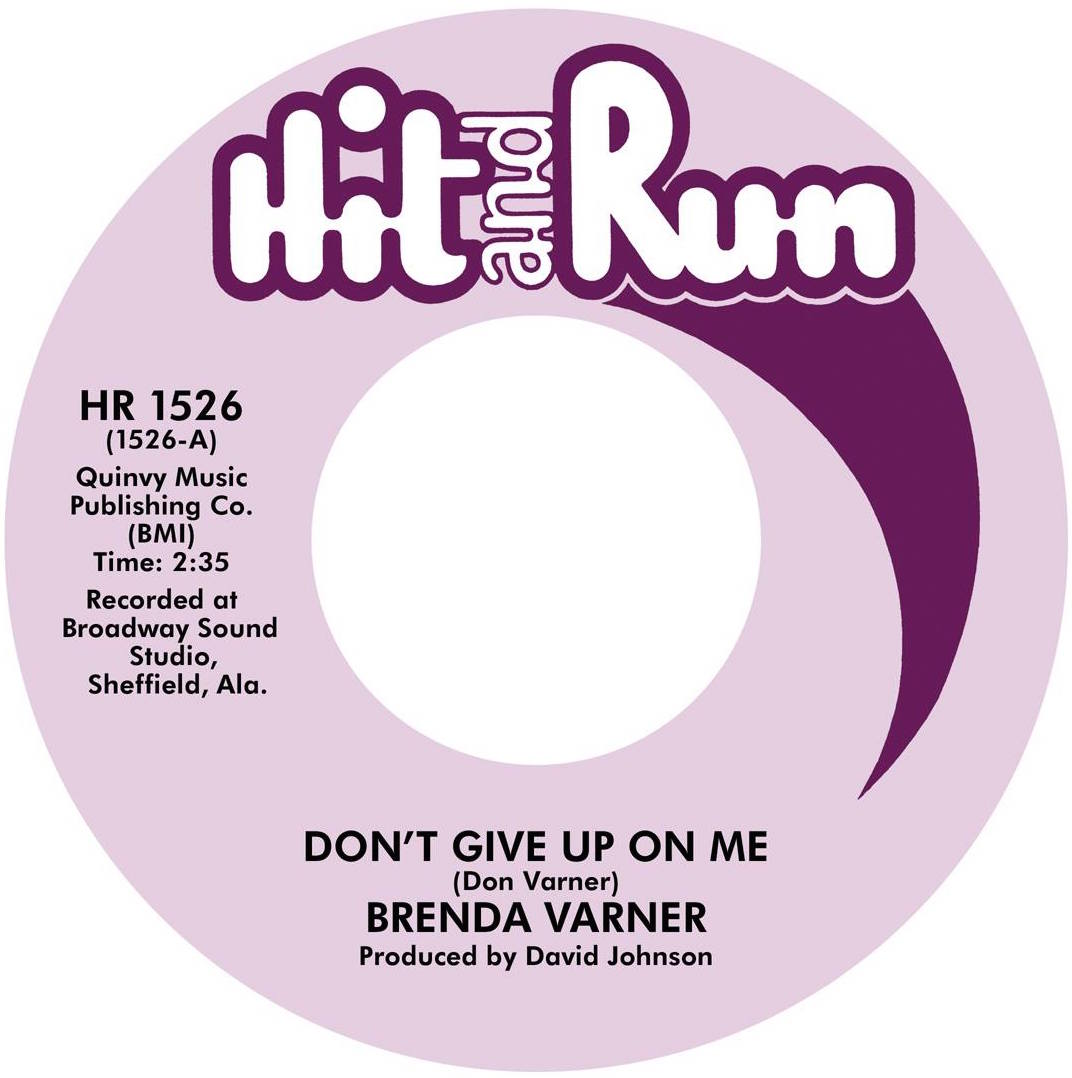 Brenda was Don Varner’s wife for a while, presumably around the time he was in Muscle Shoals recording at Broadway .

Here we have 2 undated tracks she cut at that studio which remained unknown until the 1989 Charly LP – and available here 1st time on 45.  A side is a nice midtempo track which has had DJ plays from the LP, flipside is classic Muscle Shoals deepsoul.