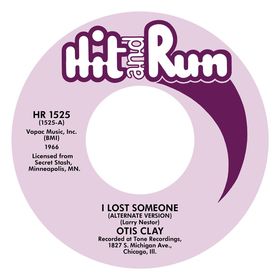 The great Otis Clay here with what was intended to be 2 previously unreleased as 45 tracks. .