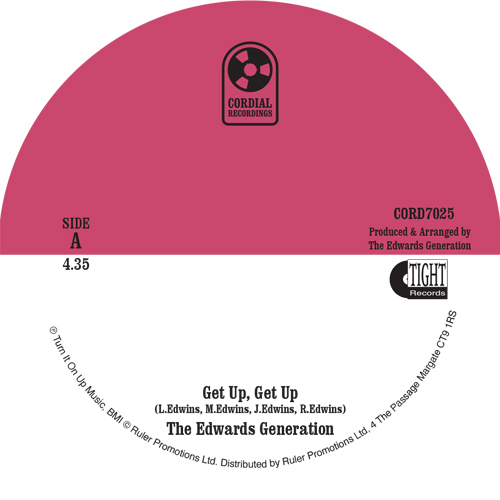 We decided at the beginning to release it as a single and not to include it on the vinyl release album. It is included on the CD version. It’s a sprightly energetic warm song that’s lifts your spirit on listens. We’ve also included ‘Get Up On The Dancefloor’ on the flip because we’ve had a lot feedback on this being the best cut on the vinyl album.

There are a run of 50 litho printed sleeves. We’ve also got x15 copies of the demo release available, but this has been recut. We don’t at the moment have a release date yet.

These songs were recording in a bedroom studio as demo cuts and were never considered for commercial release at the time, but both songs are too strong not to release in  our opinion. We had to audio restore the original files because there was a bit of distortion on the original recordings.