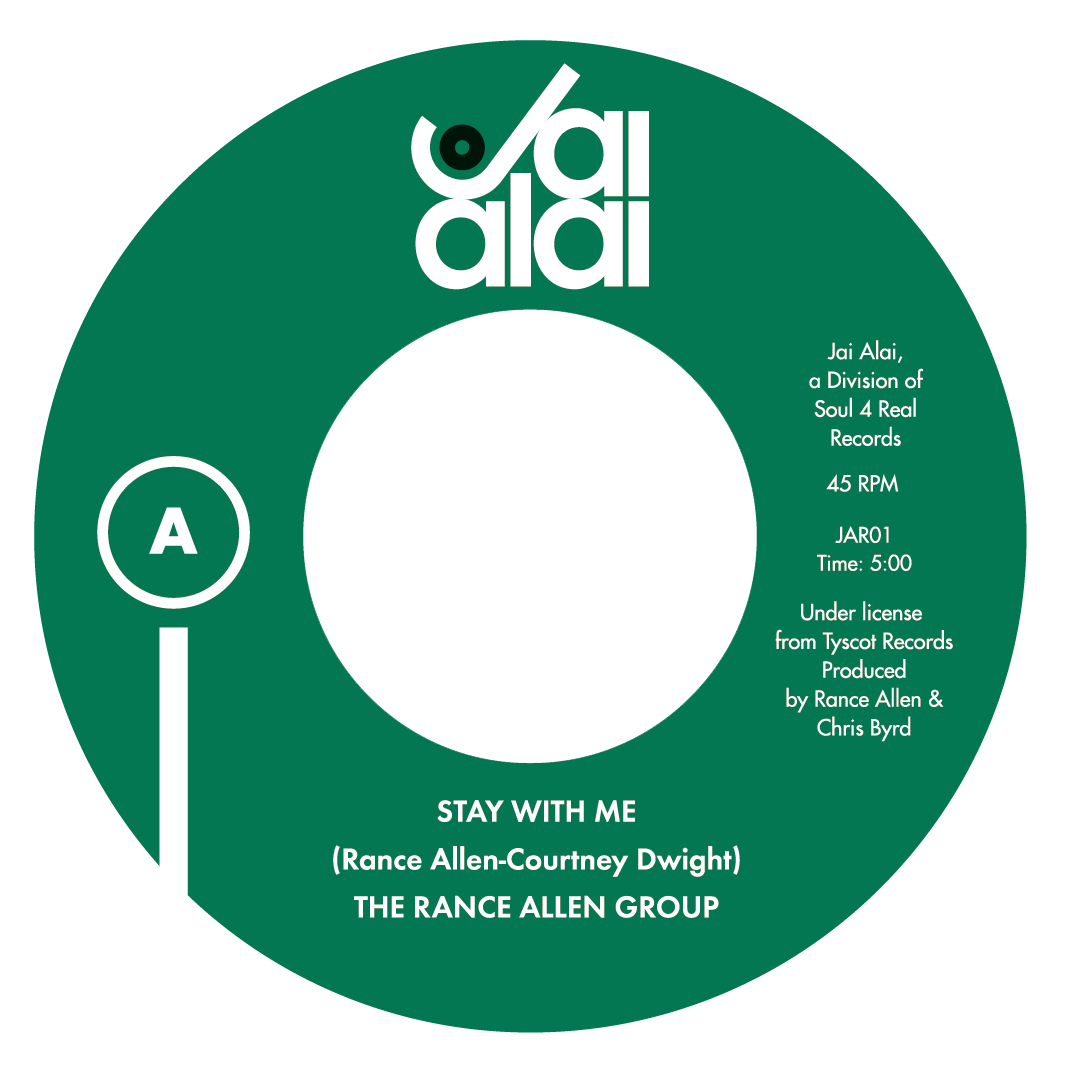 After hearing them win a local Detroit gospel talent competition it was no surprise veteran promotions man Dave Clark took brothers Rance, Steve and Tom to Stax Records and they were signed to the subsidiary label Gospel Truth.

The Rance Allen Group were clearly no ordinary talent; There’s Gonna Be A Showdown, the first track on their first album Truth Is Where Its At (1972), revealed in the opening minute the extraordinary lead vocal gymnastics of Rance, effortlessly swooping from delicate falsetto to gritty bass and back to a powerful falsetto. A new gospel sound was born.

Unfortunately, after four albums Stax folded. They made one album for Capitol (released under two different titles) a couple each for the re-started Stax, Myrrh and Bellmark, but without much commercial success, although their reputation continued to build.

In 2002 they signed with Tyscot Records and released “All The Way”, a fabulous (CD only) album from which these two tracks are taken. The sound of contemporary gospel music had changed forever, and their blend of soul and jazz flavoured gospel appealed to traditionalists as well as those in the secular field, and performing at the Apollo Theater plus TV appearances on Arsenio Hall and Bobby Jones Gospel Shows brought this new gospel sound straight to the R&B masses.

“Stay With Me” has remained in high demand on the modern soul scene and is now available on 7” vinyl for the first time and is a fitting first release for Soul4Real’s new subsidiary label Jai Alai (pronounced Hi-Uh-Li) so don’t miss out on owning this limited edition collector’s piece.