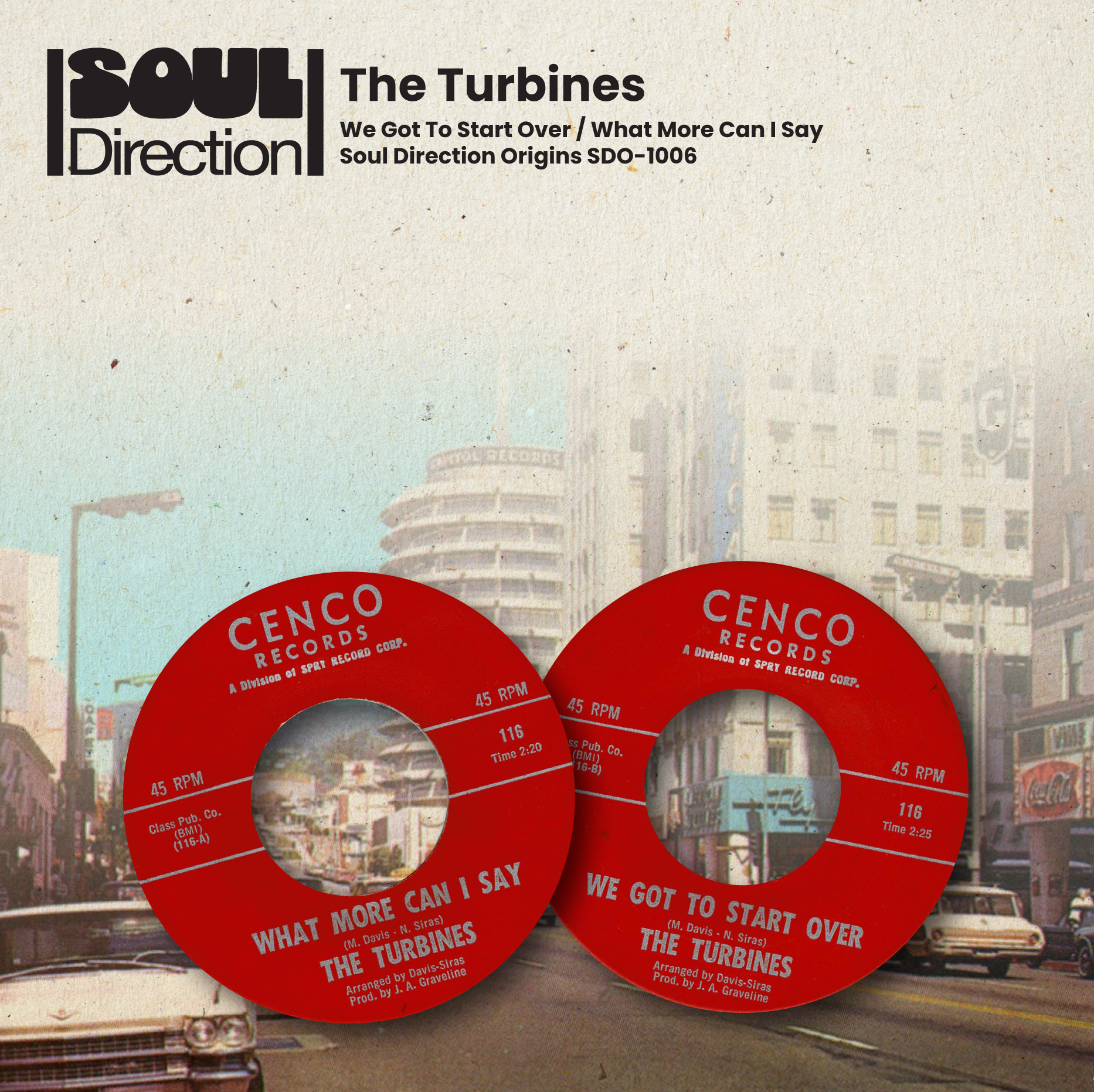 Very little is known at all about the Turbines or indeed the Cenco Label. Here is what we think we know. Cenco Records was a Label from Hollywood California, Owned by Mike Gradney (AKA Mike Gradny)

Mike Gradney (Gradny), a Los Angeles veteran had previously been A&R man at Larry Mead’s Vita/ Mambo labels and had managed Mead’s Perfection Plastics pressing plant.Gradney supposedly started his Spry label in 1957 and Cenco came along some time in the 1960s.

Judging by the constant appearance of “Class Publishing” on Cenco labels we can only assume Class was also a Gradney company although as far as we know, it was nothing to do with Leon Rene’s Class Records.

Cenco records ran from around 1961 to 1969 with around a couple of dozen released 45s and one album by Ike and Tina Turner but the connection is not crystal clear although the use of “Placid Music” which appears on some of the Duo’s early Sue recordings may be the answer.

The label issued mostly bluesy driven songs but there were some odd exceptions including these 2 tracks plus Shades of Jade – “Is It Wrong” and Carbo Brothers – “What Can I Give Her”. The only other track they performed for the label is the also very rare Fred And The Turbins – “Bernadine” which we assume is the same group with slightly different spelling.This has been a Northern Soul dance floor winner since the late 80s.

The almost “David Ruffin” feel to the lead singers voice made “We Got To Start Over” an instant dance floor winner from around the “Top of The World” Stafford era of the 80s and 90s to this day and still remains a constant on many wants lists. As you would expect an elusive and rare 45 to own in it’s original form.