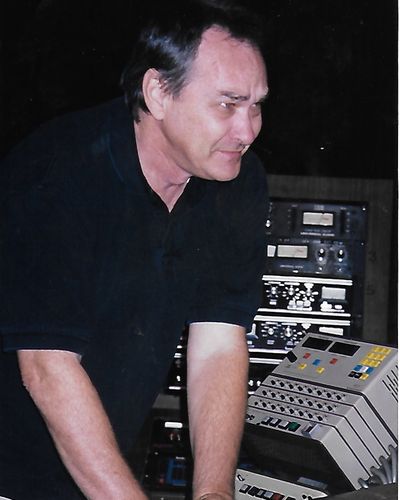 Bobby Manuel is a legendary Artist/ Guitarist/Producer/Engineer and Composer known for laying the Groove down.

His mother thought that dancing school would help burn off some of the extra energy he had because in those days he was considered a “hyper child.” It turned out that he loved it and it probably helped him develop his keen sense of rhythm. It also led him to his second guitar teacher, Lyn Vernon, who played and taught a chord melody style that was pretty advanced for kids. He met the Mitchell family who lived in a nearby neighborhood. That’s where he met Willie Mitchell who was already a successful bandleader and recording artist. It was at the Mitchell house where he first heard the blues on radio station WDIA. He was addicted to the groove from that moment on. He is most proud that he was reunited with Willie when asked to play on the last two albums Willie produced, Al Green’s highly acclaimed “Everything’s OK” and Soloman Burke’s “Nothing’s Impossible.”

After years of hard practice he auditioned for “The Blue Notes” and became a “Blue Note” complete with blue tuxedo coat and black lapels.They played every nightclub and juke joint near Memphis and that’s when Bobby’s musical education really began. He played with several high school bands including “The Blazers” and “The Nightlighters.” He took a job in the houseband at the famous black nightclub “The Paradise Club” which not only helped him work his way through college but became a catalyst for landing him a job at Memphis’ “Stax Records”

Bobby joined Stax Records as a staff engineer in late 1967 shortly after the tragic death of Otis Redding and members of the Bar-Kays. Stax had recently  dissolved their production/distribution agreement with Atlantic Records and the plan was to build an entire new catalogue. He worked on over twenty-three albums within his first year. One of his first assignments was engineering on the “Home” album by Bonnie and Delany as well as playing guitar on the single “Take A Little Piece Of My Heart.” He  engineered and played guitar on the Emotion’s hit album and single “So I Can Love You” as well co-writing songs with the Bar-Kays and many others. As his career started moving more towards session playing and writing songs, Bobby partnered with Betty Crutcher to write over forty songs for the label. Over a short two year period he played on albums by Isaac Hayes, Little Milton, Shirley Brown, Johnnie Taylor, Billy Eckstine , Albert King, Rufus and Carla Thomas, The Soul Children,The Madlads, The Temprees, The Bar-Kays and most of the artists on the Stax roster. When Elvis came to Stax Bobby played on his “Raised On Rock” album. In 1970 Issac Hayes hit with the “Hot Buttered Soul”  album and Bobby was chosen to be his first guitar player. They played most of the major venues in the US including performances at Carnegie Hall and The Lincoln Center . They even played  in San Francisco’s Winterland with Led Zepplin and The Fillmore East in New York City with Nina Simone and Richie Havens. In 1970 Bobby was asked to become an artist at Stax and he joined Duck Dunn, Al Jackson and Carson Whitsett to reform the MG’s. In the early seventies he started producing for the label. Some of his first productions  were  on Ben Atkins, Stefan, Annette Thomas and Little Milton and The Green Brothers. In 1975 Stax Records was forced to close its doors and a new chapter in Bobby’s career began.

The Duck and More

When Stax Records was forced to shut its doors in 1975, Bobby worked as an independent producer, often on projects organized by Stax co-founder Estelle Axton. In 1976 she paired him with Memphis disc jockey Rick Dees. The result was “Disco Duck”, which soared to number one on the Billboard pop charts in September 1976 and sold over four million records worldwide. “Disco Duck” was the last pop song completely recorded in Memphis to reach the coveted No. 1 spot. Shortly after Disco Duck topped the charts Bobby formed a partnership with Jim Stewart, the other co-founder of Stax records. For eighteen years they produced a steady stream of rhythm and blues out of their Memphis recording studio “The Daily Planet.” In the early eighties they partnered with Harvey Lynch to form Houston Connection Records. Within six months they had the number two record on the Billboard R&B charts, “Knockout” by Margie Joseph. With Stewart’s retirement, Bobby formed High Stacks Records and positioned his new label to become a solid member of the Traditional and Contemporary Gospel markets with his first release “Let Love Abide” by Jackie Johnson. Additionally he produced a long awaited Stax reunion album entitled “926 East McLemore.” Bobby was one of the subjects of a Smithsonian Institution film and received prominent mention in a book written by James Dickerson, “Goin Back to Memphis: A Century of Blues, Rock ‘n Roll and Glorious Soul.”  In 1985 Bobby co-founded The Coolers with former M.G. bassist Duck Dunn and Caboose lead singer Gary Johns. They were voted The Best Memphis Band in Memphis Magazine in 1993.  For more than a decade The Coolers were the band other musicians wanted to sit in with when they came to town, including Billy Joel, George Thorogood, Bryan Adams, Kenny Loggins, Carl Perkins, Dan Aykroyd, Paul Carrack of Mike and the Mechanics, Jimmy Vaughn, Ron Wood of the Rolling Stones, Joe Walsh of the Eagles and Charlie Rich. The Coolers were chosen to open the Hard Rock Cafe in New York City.

The Beat Goes On

In 2002 Bobby sold the recording studio but continues to play sessions and produce select artists.  He led a 9-piece all-star band on a European tour called “A Tribute to Rufus Thomas” that featured Carla Thomas, Vaneese Thomas, Ellis Hooks and Jackie Johnson.  He produced an album for the Green Brothers and headlined the Porretta Soul Festival with the Green Brothers, who were the last artists signed to Stax Records before its closure.  Bobby was invited to play at the White House with Booker T. Jones, Mavis Staples, Sam Moore, William Bell, Justin Timberlake, Alabama Shakes, Steve Cropper, Cindi Lauper, Joshua Ledet, Ben Harper and Charlie Musselwhite, which became a PBS Special, “In Performance at the White House: Memphis Soul.”  In 2013 Bobby released his solo single “Memphis in Havana” and has recently completed his long-awaited solo album “Soulsauce” on the Kudzu Electric label.