All Soul Discovery Podcast Shows are sponsored by: GB Roofing 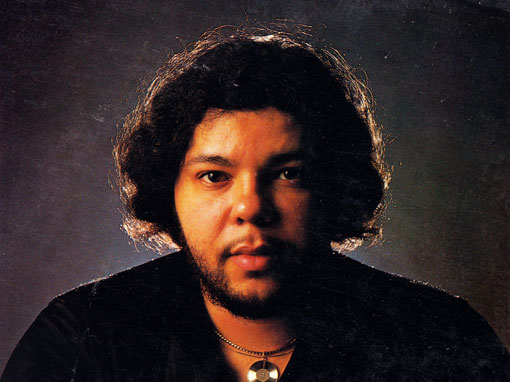 When I was a singer for Warner/Atlantic/Cotillion Records, I only recorded one album, “Love City,” which produced and co-written by the legendary Michael Stokes, but now I..m more into writing and production… Some artists that I have written for that you may know are: Keith Barrow, Shirley Caesar, Eddie Kendrick of the Temptations, Paul Williams of the Temptations, Posse, Bobby Taylor of Bobby Taylor the Vancouvers, Millie Scott, Conquest, and many others have recorded tunes of mine… I also had the pleasure of producing sessions featuring the famed Motown Funk Brothers rhythm section… Done sessions at some of Detroit’s most legendary recording studios, including The Sound Suite; United Sound; Pac 3; Super Disc; Cloudborn; Motown Studio A and The Pit. I’ve been very lucky in my associations… My first professional writing collaboration was done at Motown with a guitarist named Ricky Matthews, who later changed his name to the more memorable Rick James…

Ronn Matlock Biography… I was born in Detroit, but spent my formative years in an exurb named Hamtramck. My musical journey has largely resided behind the scenes as a songwriter on a myriad of projects, getting my first cuts at Motown Records. Prior to the release of the ‘Love City’ album, I had been offered a songwriters contract at Motown Records by A&R director, Hank Cosby, but turned down the offer… twice!

I continued to hang out at Motown, observing Norman Whitfield, James Dean and William Weatherspoon, Nick Ashford and Valerie Simpson, Shorty Long, Ivy Hunter, Stevie Wonder and the like and honing my craft. Though not a contract writer, my tunes, were recorded there; the first being sung by Bobby Taylor (on his first solo project after leaving The Vancouvers,) with backing vocals by the Originals (‘Out in the Country’ from his set ‘Taylor Made Soul’ 1969,) and produced by Ricky Matthews, a.k.a. Rick James and co-written by Rick and my close friend, composer Roderick Harrison… On “Feel like Giving Up,” producer Eddie Kendricks is credited as co-writer on the song; however, lyrics and music for that tune were penned by me alone, (I really hate to burst any long-held beliefs with that bit of news,) and as was customary in those still early Motown days, a producer readily asked for or simply demanded a percentage of the writer royalties, thereby presenting himself as a writer of the song as well… The song was earmarked as ex-Temptation Paul Williams’ first solo release and should have blown up, I’m told, but Motown shelved it after the baritone’s tragic suicide. It first appeared by Kendricks’ protégés Posse, on Motown’s VIP subsidiary in December 1971, but due to lack of promotion, it did not do well… Kendricks, Michael Stokes and I wrote earlier Posse releases on Janus Records, “I Got to Take You Out” (March 1971) and “Sun Country.”… I worked with Stokes on many projects, including Keith Barrow’s LP, “Physical Attraction,” and due to our collaboration on songs “You Know You Wanna Be Loved,” “Physical Attraction,” and “Turn Me Up,” Barrow’s project stirred some interest. But Barrow’s follow-up album — done without our involvement — backtracked everything; he enlisted our help for a project on Don Cornelius’ label, but the crooner succumbed to AIDS before anything materialized… During the same period of time that I recorded ‘Love City’, Shirley Caesar’s 1978 contemporary gospel album “From the Heart” on Roadshow Records featured “Heavenly Father,” co-written by myself, Caesar and Stokes, “Salvation,” “He’s Got A Love That Will Last Forever” and the funky “Message to the People”…

My only solo album, Love City (Cotillion 1979), is considered a classic by soul aficionados and has certainly gained in value and is sought after by soul music fans in the United Kingdom, regarded as a ‘rare groove’ album by these soul punters. The album was released on Cotillion Records, a subsidiary of Atlantic, out of New York, and was produced by the legendary Michael Stokes. On each of the Michael Stokes projects, were the orchestral arrangements of the late Johnny Allen Sr.; who won an Academy Award for his compositions with Isaac Hayes on the movie ‘Shaft’. Most of the lyrical work on these projects was undertaken while I basked in the sun of Miami Beach; at Christmas time!… Recorded in the Sound Suite Studio in Detroit and utilizing the Detroit Symphony Orchestra’s lead strings and trumpeter Johnny Trudell’s famous horns, ‘Love City’ contained the highly sought after tunes ‘I Can’t Forget About You’, ‘Working Man’, ‘You Got the Best of Me’ and ‘Take Me To The Top (Of Your Mountain)’. During the 80’s, I wrote songs for my close friend, Eddie Kendricks, including ‘Something Shady is Going On’, ‘No Wonder (I Can’t Get Over You)’ and ‘Never Alone’. You’ll find these songs on Eddie’s Arista album, “Something More;” (The title song penned by Lamont Johnson of Brainstorm fame,) and also on Eddie’s Atlantic LP, “Love Keys.”…When I stopped recording (due to production company and management difficulties) I did not ‘exactly’ drop out of the music business… “Ev’ry Little Bit,” co-written by guitarist-producer Bruce Nazarian, and me, helped Millie Scott’s career, I wrote the lyric and melody for it while sitting behind the wheel of my car, and suddenly pulling onto the side of a busy freeway late one night to get my ideas onto my micro cassette recorder. Millie Scott was a joy to work with and write for… Mostly, I wrote songs for the two projects with Bruce Nazarian, but, some tunes were contributed to by Dwayne Bradley, co-writer (with Bruce,) of her hit dance record, “Prisoner of Love!” Merry Clayton redid “Heavenly Father” for Miracles Records (1994).

Many other projects have seen a touch or two of my input; however, these are basically my favorites… I was a songwriter long before I began recording my own compositions. I would construct melodies and lyrics to my colleague’s background musical compositions… I am what is thought of, in music circles as, a ‘song doctor’, in that I can take a good musical track and infuse it with catchy hooks, words and the way they should be performed… As for the “B” side of the Benny Rose project… as far as I can tell, it is merely a cover of a tune that Michael Stokes and I wrote for Keith Barrow; “You Know You Wanna Be Loved”, neither of us had anything to do with it! I see that its value has sky-rocketed… wish I had a few of them!… I managed and at times performed with a young band in the ’70s called “The Soul Penetrations;” they went on to become the backup band for Posse, and Eddie changed their name to “Burning Fire”. Still later, after they toured extensively with the Temptations, I re-christened them, “Conquest,” and produced and wrote the tunes, “Action,” and “Never Alone,” (co-written by Terrence Harrison, younger brother to Rodrick Harrison), with whom I co-wrote “Out in the Country,” with producer Rick James… I also produced three of my very good friend, Howard Smith’s compositions, the fabulous “Jesus Lives,” “Look at the People,” and “Keep Your Eyes Upon Jesus,”(Marvin L. Winans of The Winans, arranged all of the lovely background singing,) for Fee Productions, the folks who brought us “Float On,” by The Floaters…

Unfortunately, Howard got a bit of cold feet at having a secular company to release his Gospel tunes… the company was crestfallen, because they had neglected to sign Howard before the session… Howard went on to become one of Andraé Crouch’s “Disciples”, and later a sought after back-up singer, along with Phil Perry and Alfie Silas… Bruce Nazarian actually produced a tune on me, called “I’m Not Your Toy,” on which we collaborated as writers… a fairly up-tempo tune… Bruce and I have recently reconnected and plan to collaborate on some productions and writing for other artists, and perhaps projects on Bruce and also some new.