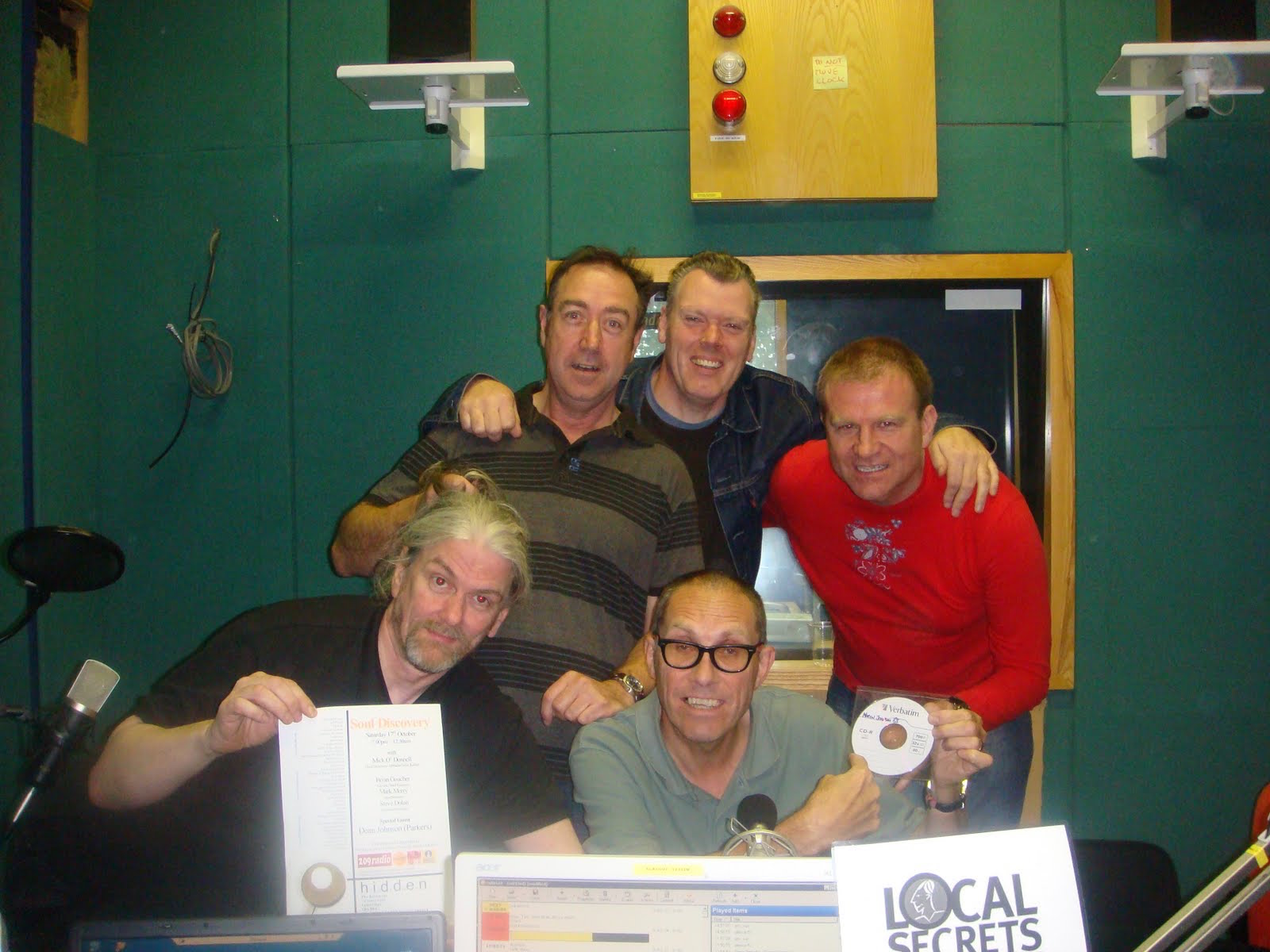 4th October 2009:
Sunday morning saw us(Mark & Me) driving down to Cambridge to appear on Mick O’Donnell’s excellent Soul Discovery Radio Show. As this is a local radio station Mick always puts the show up for download via podcast.Also appearing on the show were Mark “Snowboy” Cotgrove and Dr.Bob Jones as we all participated in a Jazz Special as a follow on to a previous Jazz Special that Mick had done with SnowBoy to promote his excellent book
“From Jazz Fusion To Acid Jazz”

The idea was basically to cover some of the tunes from that U.K. Jazz Dance era covered in SnowBoy’s Book between the late 70’s into the 80’s The Music the Dance Styles and some general Jazz Chat between the 4 of us.

We had an eventful journey down there on the motorway acting as an extra in a remake of Stephen Spielbergs “Duel” as one of our friendly lorry drivers decided we were the target.Having negotiated that we arrived to hook up with Bob and Mick in a local eatery for some Cambridge toasty hospitality. We then headed for the radio station to do the 3 hour show and were met there by SnowBoy fresh from the beginning of his late summer holiday at the UK’s finest Centre Parks 🙂 So it was a kinda “Central Park @ Centre Parks moment 🙂 Bob continuing the theme on the show. Many thanks to Mick for his hospitality and the guys for making it an enjoyable experience. Hopefully some of you will enjoy listening to the podcast.