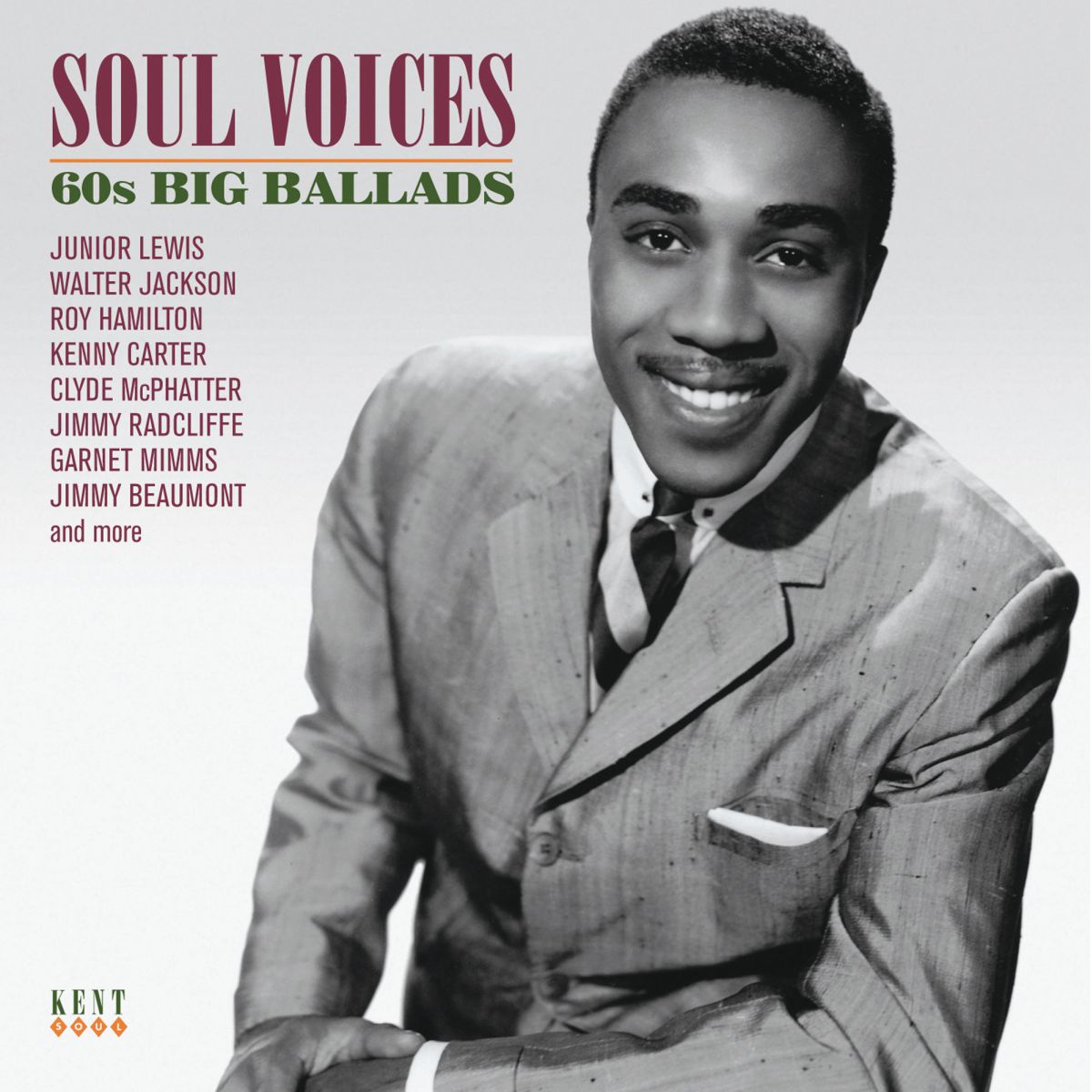 Male soul balladeers from the 60s have always been particularly admired. Roy Hamilton, Walter Jackson, Lou Johnson and Ben E King – some of the A-listers featured here – epitomise the genre and have devoted followers. This grand sound evolved from the first soul records which emanated in the early 60s mainly in New York, where three quarters of the tracks here were recorded.

Four are previously unissued. Kenny Carter’s ‘Big Bad Rain’ is a superb Larry Banks and Herman Kelley song, stunningly arranged by New York studio maestro Garry Sherman. Clarence Pinckney is lesser-known but delivers the Billy Terrell song ‘Just Outside Of Lonely’ with aplomb. Prolific recording artists Junior Lewis and Billy Watkins both add a new song to their already impressive CVs. Lewis’ recording is a demo of the tender Buddy Lucas song ‘I Love You So Much’ which was never covered for a release. Its sparse backing seems appropriate to the song, especially next to Jimmy Radcliffe’s ‘Through A Long And Sleepless Night’, which has a minimal arrangement but made it to 45. Billy Watkins sang in most soul styles in a 20-year Los Angeles recording career. His reading of the jazz standard ‘I Want To Be Loved’ was clearly Sam Cooke-inspired and reeks of sophistication.

The producers of these three-minute dramas include Bert Berns, Jerry Ragovoy, Burt Bacharach and Teddy Randazzo who were aided and abetted by arrangers such as Bert Keyes, Artie Butler and Riley Hampton – all guarantors of top-quality performances

There are rare 45s by Brooks O’Dell, Herb Johnson and Tony Mason which complement better-known but expensive collector’s items from Clyde McPhatter, Garrett Saunders, Jimmy Beaumont and Roy Hamilton. Despite being primarily records for listening rather than dancing, their value can be in the hundreds of pounds.

We have included some tracks which debuted on other Kent CDs that deserve reappraisal in an appropriate setting. Walter Jackson’s amazingly good ‘Forget The Girl’ and Tommy Hunt’s male take on ‘Don’t Make Me Over’ are particularly noteworthy examples. As with Chuck Jackson’s ‘I Can’t Stand To See You Cry’, it is bewildering how such great tracks can have been unreleased at the time of recording. There are classics of the style from Freddie Scott and Garnet Mimms, while left-field contributions from Al Hibbler and Sammy Sevens make this a must-buy soul CD.