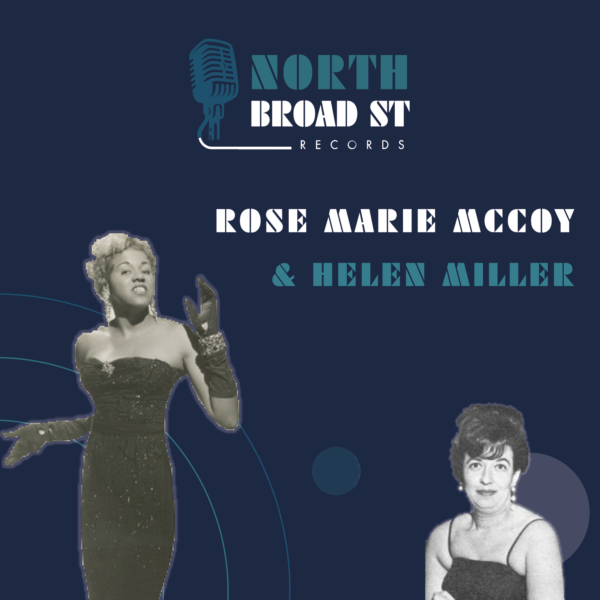 We have hooked up with Mind UK, the Mental Health Charity, where we will be donating from the profits from this release.

Rose Marie McCoy & Helen Miller were highly respected song writers. The Brill Building in the New York offices was mainly where they both worked together. Travelling back and forward to Detroit, where they worked with Golden World and Revilot, iconic northern soul label, with credits appearing on, Our Love is in the Pocket, I’m Spellbound and many others.

They both also worked with Maxine Brown, Freddie Scott, Jerry Butler and Chuck Jackson who worked at Sceptre-Wand. They also provided several of the songs for Lenny Welch, Sarah Vaughan, Tommy Hunt including many others. Teardrops Heartaches is presented from a McCoy and Miller demo acetate, more than likely for one of the above artists, unfortunately never released until now. We have re-engineered the demo to achieve the best quality from the recording, and once again our engineer has done us proud. The massive powerful slab of midtempo monster I personally see as you enter at the end of the set, a true all-nighter in Britain or Europe, It is that good, I hope you all agree.

Bruce Cloud – Where did we go wrong. The reason we have chosen the Mind UK Charity is for personal reasons as well as Bruce himself. His story touched us with the words to his last song being very sad. This was his last ever recording in the studio, yet again another unreleased track. He did have a couple of northern soul hits on Era and an album track. Unfortunately, Bruce suffered from mental health issues which led to him becoming disillusioned with the music industry and he gave up recording music, going on to work in a chemist until he sadly took his own life. Sadly, a good friend of mine who was heavily involved within the soul scene we all love, also tragically took his own life. I feel this record is a poignant reminder to talk to your family and friends, its ok not to be ok.

All at North Broad St. recognise your continued support and appreciate all that you do for us, hopefully we can grow and flourish together.