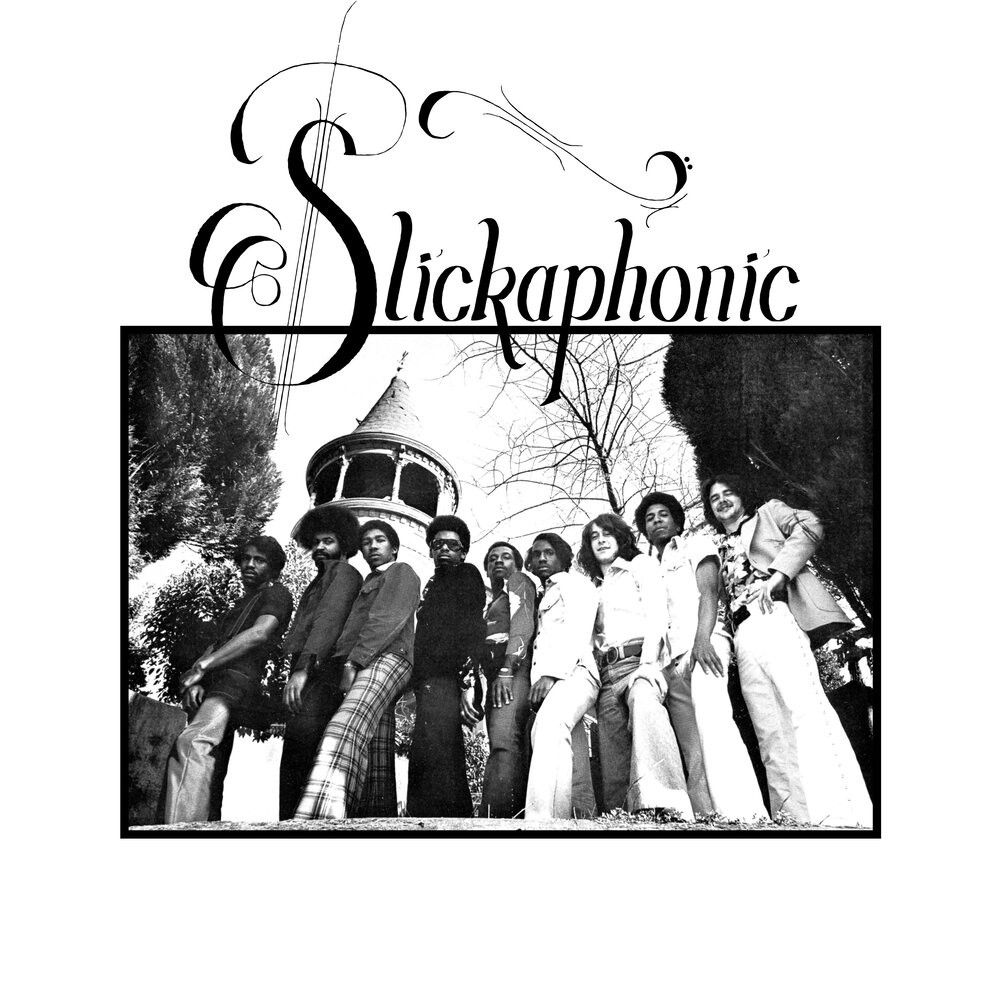 Next up from Albina Music Trust is a previously unreleased reel-to-reel session by Slickaphonic, a nine-piece powerhouse in Portland’s lost funk scene. Recorded in 1975 at Recording Associates by engineer Bob Stoutenberg (The Wipers, Baba Yaga, Mel Brown), this carefully restored collection places the listener in the thick of a watertight disco-funk session done the Albina way.

These songs unfold like a dream. The record ignites with Andre Billingsley’s custom break to “Doin’ It,”  a neighborhood classic written by Pleasure guitarist Doug Lewis. From there, the blistering instrumental “Bubba” unfolds with symphonic horn arrangements setting the scene. But it’s bassist Randy Smith and Jimmy Washington’s locked-in percussion that takes you higher.

Throughout the record, this band drops the tempo and mood with ease. Milton Davis’ dynamic vocal burns tracks into flames then swiftly pivots into a ballad zone, sending things out to all the ladies in the house. “Back Into My Life Again,” with its chicken scratch guitar and pithy horns, expands and contracts with Davis’ vocal enmeshed in the point-counterpoint of dueling guitarists Lewis and Kit Garoutte.

“I Shot Him Down” is the group’s take on a canonical Bob Marley cut and features a spoken word intro from Davis. Set to a brilliant pseudo-country waltz, Davis narrates the listener through a Green Book-themedsojourn with Southern Gothic underpinnings. In great detail, he describes a road trip and fateful interactions with law enforcement, tragically no different for Black Americans in 1975 as it is today. There are cover songs on this record but the listening experience is…well, different.

Carefully mastered by Gus Elg (Nu Shooz, Funky Drive Band, First Touch), this diamond in the rough has been rescued from a North Portland basement and returned to the conversation in which Albina’s legacy music belongs. And with current members of Slickaphonic still active in the city’s club circuit, this record takes the listener back, to a simpler time where the origin of these musicians, their stories, and the underrepresented Albina musical culture can once again be discovered.