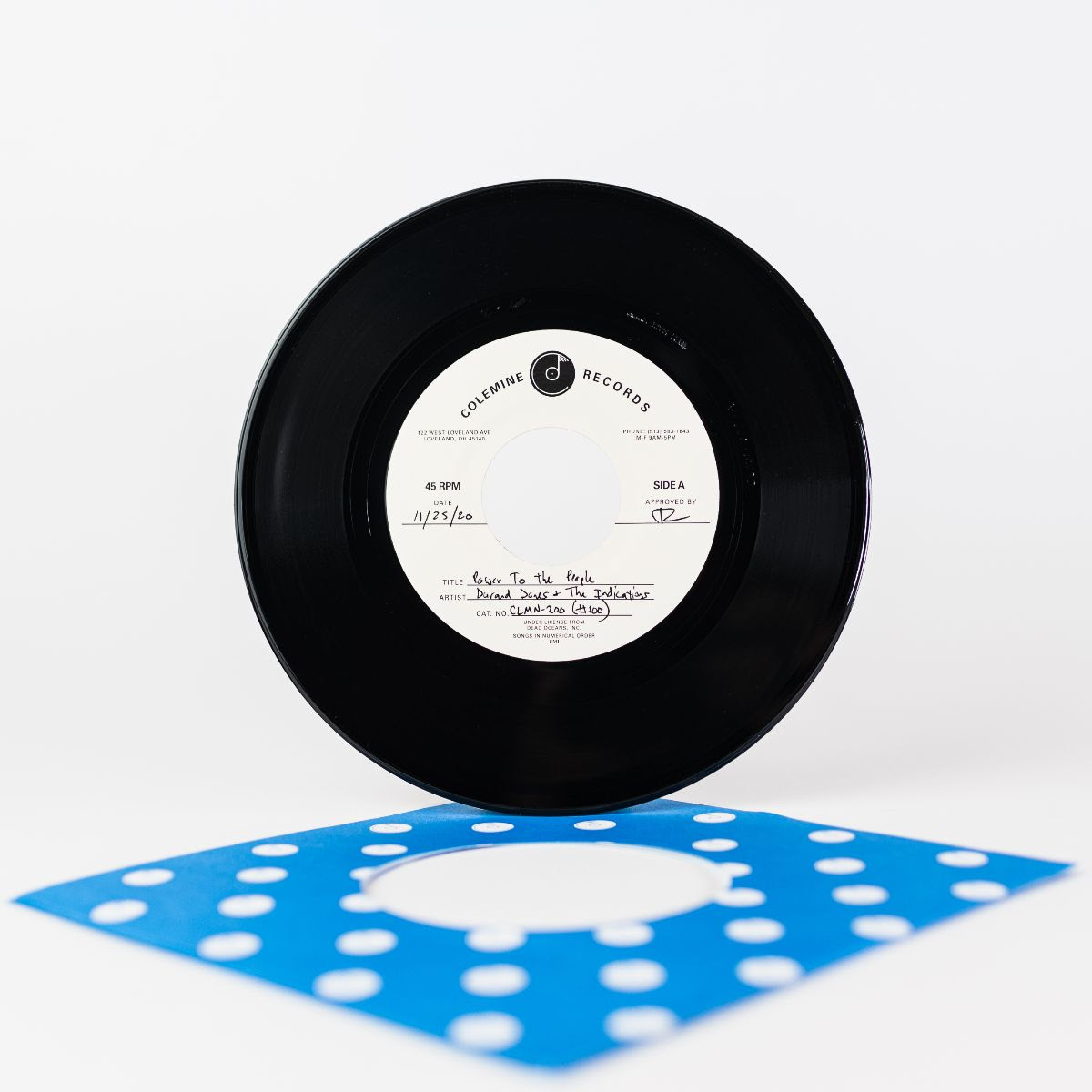 “This 45 marks the label’s 100th 45 and what better way to celebrate it than with a 45 from arguably our most prominent artist, Durand Jones & The Indications. This mix of “Power To The People” was the first new recording by the band after their self-titled album had been released. I distinctly remember hearing it for the first time and just feeling like we were hearing the next phase for the guys. I was behind the counter at Plaid Room, with my laptop plugged into the speakers so we could listen. There was no one in the store, just Bob and I. And when it finished playing Bob said, “Where can I pre-order?”
So what you’re hearing on this 45 is the original demo mix that was sent to us, with little to no reverb on Durand’s vocals, a marching band kick drum in the mix, and no synth. Something about the dry falsetto vocal of Durand’s voice made it feel like he was right in your ear. Such a special recording to all us. ….Terry Cole – Colemine Records